Finally reporting from Sooner Farm, the summer was the best yet.  We had lots of fun.  We had visits from both girls and their families. 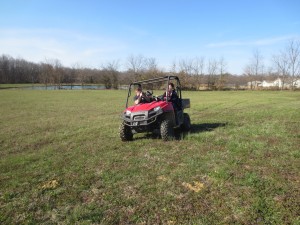 The grandkids make for lots of fun.  Swimming is not for sissies when Granddad is in charge.  He nearly has all the kids swimming on their own.  Who knew he was such a great teacher?  Big slashes from jumping in are very popular.  Doug is the king of knocking the most water out of the pool.  We call him Big Splash!  Maggie, my great great niece, has become a swimming pro under Doug’s tutelage.  She started out the season unable to swim a lick and now she makes it from one side of the pool to the other no problem.  We are really proud of her.

Our garden went crazy this year and we loved it.  We had a bumper crop of okra and black-eyed peas.  We got lots of potatoes and sweet potatoes as well as tomatoes, beets, carrots, and of course green beans.  I canned a lot of tomatoes and a few green beans.  The freezer is full of okra, black-eyed peas and blackberries. The fruit trees did better than we expected.  I made Sooner Farm peach jam and best of all apricots.  It was the first year for apricots and they were a trial.  It did not help that we had no idea what we were doing.  Doug thinned the tiny apricots because that was what it said to do on the internet.  When they started to ripen the deer moved in so Doug put an electric fence around them.  Everyday we checked on them and few would ripen and drop off.  But most of them were still rock hard.  Doug went out to check on them one day and brought in about a bushel of apricots.  I had no idea if they would keep well and they were heavenly. They literally ripened from one day to the next. I had a very busy day canning fifty jars of apricot jam. Doug’s grapes and the garden had to be sheltered from the deer with an electric fence too.  We had to net the concords to keep the birds out.  I am happy to announce that we have Sooner Farm grape and of course elderberry jelly too.  We had enough apples for several pies in spite of the frost.   The new grapes are growing happily now that they are surrounded bythe electric fence and protected from the deer. 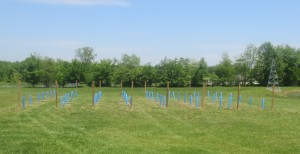 We have a very generous neighbor who lets us pick blue berries and strawberries so we have them covered too.  If you stop in to see us you are required to carry off some jelly or jam.  We have Choctaw plum trees on order this fall so hopefully they will bear fruit in a couple of years.  The Choctaw plums are a close relative of sand plums so I am really excited about them.  I have tried to get a stand of sand plums started a couple of times but they just refuse to grow here. 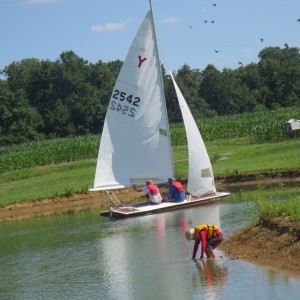 Doug has gotten a deer and hopes to get another.  He was pretty excited.   All the jerky is already gone so it was pretty popular.  I am not a fan but plenty of other people are so the meat will not go to waste.  It is only fair that we eat one or two of those pesky deer as we feed them our corn and soybeans not to mention all the fruit and garden produce they got before we put the fence in.

Doug finally got the shed built for his farm equipment.  It is an extension of his shop.  We left it with a gravel floor for now.  Everything fits in it and it makes him happy to have his equipment under cover. He also got a little sailboat but we have not really learned how to sail it yet.  That will be a fun project for next summer.

Doug has been busy working on the Metropolitan and is actually painting it this fall.  I don’t know if it will ever run but it is providing him with tons of fun.   He is totally making it ‘non original’ by moving the three on a tree to three on the floor, adding a 7 inch touch screen Bluetooth stereo, and bucket seats (that just barely fit).  It should be interesting when he finishes it. 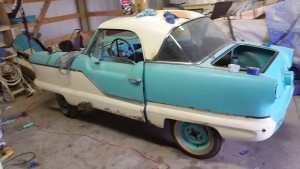 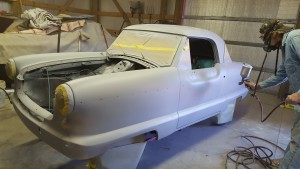 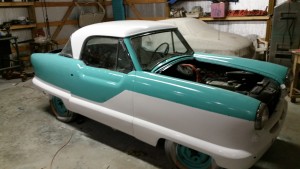 Of course he never has one project going so he is turning on of his vettes into a hot rod.   He occasionally asks me something like should I get this big manifold?  Since I only have a vague idea of what that means I say yes of course you should honey and run out and buy more fabric.

Quilting and canning have kept me busy lately and I gotta say I am becoming pretty proficient with my little cricut machine.  Sissy and I have spent more time than we wanted to at the doctors in the past couple of months but she is doing great now and hopes to get a new knee in the not too distant future. 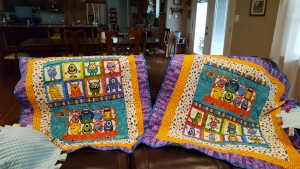 Doug continues to improve his backhoe skills and is making progress on cleaning up deadfalls and making some paths in the woods.  Poison ivy is his enemy and plagues him a couple of times a year.  The poor fellow is fighting a battle with it right now.

We went to school with one of the grands for Veterans Day and there were several granddads that were Viet Nam vets.  I was impressed.  There was a great granddad that was a WWII vet.  That is one lucky kid. Doug was pretty funny.  He noted to me with great surprise that all the Viet Nam vets were old.  That is why I love him.  He thinks we are young, so I guess we are.

Jennifer is an adjunct professor now. We went to see her when she had her first class and I got to take Caleb to his first day of preschool.  That was fun for me.  He is pretty attached to his mom and had a rough couple of days but he loves school now.  He is only 2 ½.  Jennifer took her Daddy to the OU Ohio football game.  They had a wonderful time and OU won so it was even better.  Adam and I stayed home with kids so it was special daddy/daughter time.  Jennifer had never been to an OU game so she was extra excited.  She has literally watched them all her life.

We are looking forward to a fabulous Christmas with four believers this year as we got a new grandson this spring.  Life is good.

Leave a Reply to John and Denise Smith Cancel reply